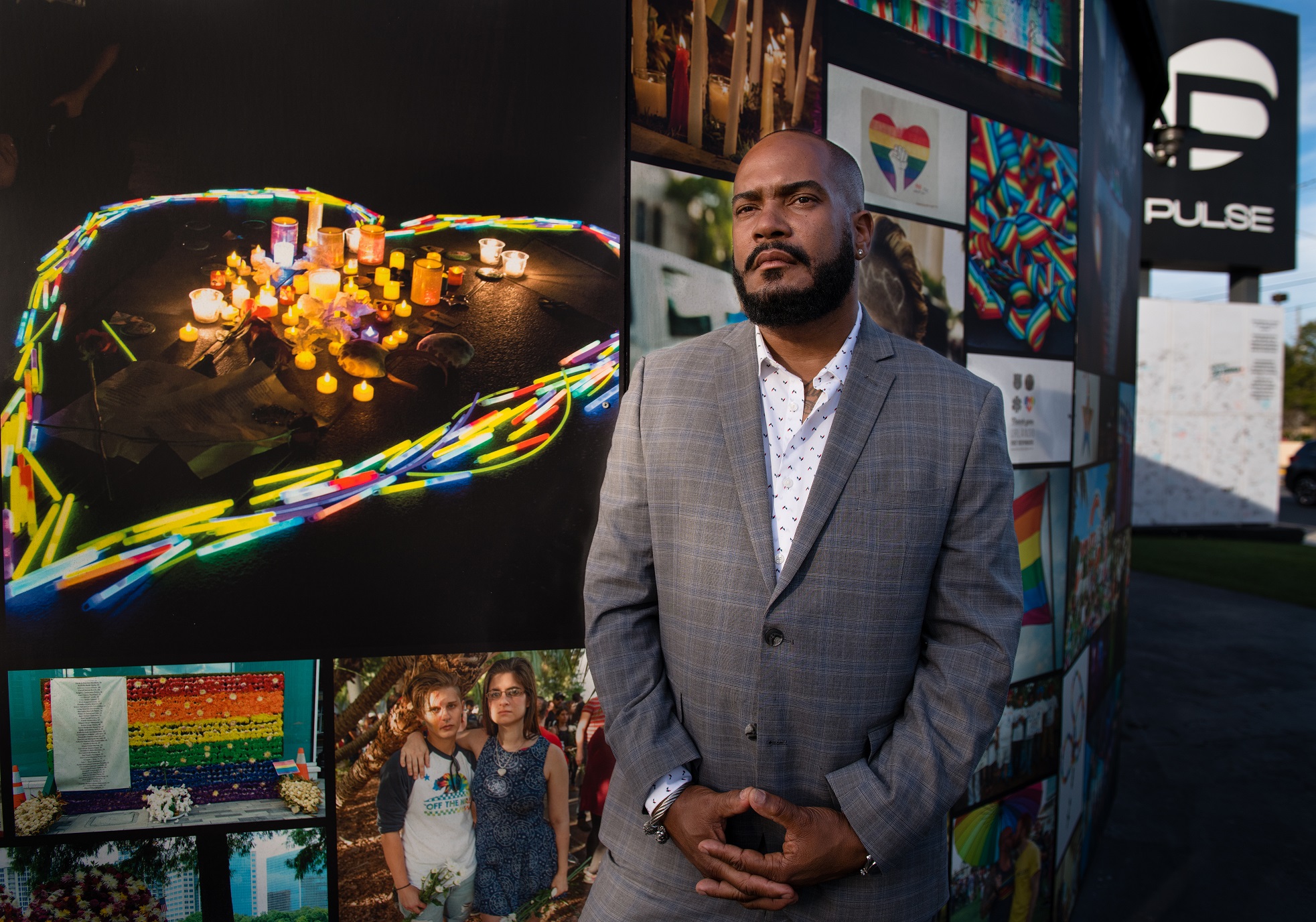 Visitors to the shrine that surrounds the shuttered Pulse nightclub on South Orange Avenue often meet Neal Whittleton. He is there nearly seven days a week, tending to the grounds and building, answering questions, selling commemorative T-shirts, handing out bottled water on hot days.

“I point things out,” he said of all the portraits of the slain that grace the property. “You ask, I’ll tell you. I keep it short.”

Whittleton was in charge of security at the nightclub the night of the shooting and is lucky to be alive. He estimates Mateen fired at him a half dozen times and missed. Given the American Red Cross National Hero Award in 2016 along with two other Pulse employees, Whittleton hurried dozens of patrons to safety through a back door of the club during the pandemonium.

“Get out,” shouted Whittleton, who was not armed. “Follow me.”

He only stopped when police arrived and refused to allow him back into the chaos.

A former law enforcement officer, Whittleton had worked at Pulse for two years and was perhaps the only survivor to have spoken to Mateen. In a sworn court statement, Whittleton said Mateen asked him “Where are the girls at?” That was just a few minutes before Mateen left the club, went to his van, came back with a rifle and handgun and started shooting.

Whittleton was acquainted with most of the victims, though not necessarily by name. He knew their faces, what they liked to drink, who might cause mischief, who was dating whom. In short, he tracked the kind of stuff a man who keeps the peace in a drinking establishment knows.

Like Mina Justice, Addision and McNeal, Whittleton faded after the shooting. First off, he lost his job. “I had no money. Landlord wanted money. I couldn’t support myself,” he said.

A single father raising a teenage daughter at the time, Whittleton looked vainly for work. He fell one month behind on rent, then two. Same with the utility bills. He feared he and daughter Nealeaha would soon be homeless.

He checked in with the Orlando United Assistance Center as a last resort. They paid his bills, offered him a computer to look for work, got him some counseling. He often would drop by just to talk with his case worker, Jessie Arias.

“Coming here was keeping me sane,” said Whittleton, who was becoming increasingly despondent because he could not provide for Nealeaha.

Thanks to the Center’s support, he hung on until taking over as the caretaker of the Pulse memorial. He also is working in security at another nightclub, trying, he said, “to catch back up (financially).”

He has come to terms with the fact that he “can’t bring any of those (Pulse victims) people back.” But he does his best to keep their memories alive.

“Life is back the way it was before,” Whittleton said. “Normalcy is back.”