Check back soon for replays of the talks and more!

Inspired by the national conversations about race and equity, this year’s complimentary virtual summit will feature speakers who focus on empowerment and equity.

In addition to six sessions covering equitable access to healthcare, education, broadband, and representation of women in the workplace, participants will engage in breakout sessions to discuss how to apply lessons learned in our own community. The goal of the 100 Women Strong Elevate Summit is to connect the community to issues facing women and children in Central Florida today—everyone is encouraged to attend! 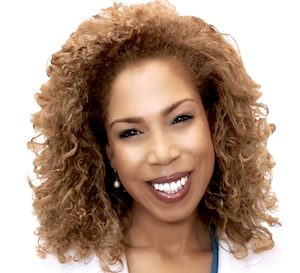 Dr. Bahiyyah Maroon is a nationally recognized thought leader on equity and social change. She’s appeared in Women’s Health, Self, Bustle, and Health Daily. Out magazine named her a top ten innovator in the nation for her contributions to social change by dignified design. Dr. Maroon is the CEO of Polis, an applied research institute. She is also a proud recipient of the U.S. President’s Volunteer Service Award for her contributions to equity in STEM education. She received her doctorate in anthropology from UCSC. Dr. Maroon has provided strategic insights to Intel Corporation, Harvard University, the US Dept. of Justice, and the US Dept. of Labor among others. Dr. Maroon is passionate about deploying social science to create solutions that result in a more compassionate and equitable world.C 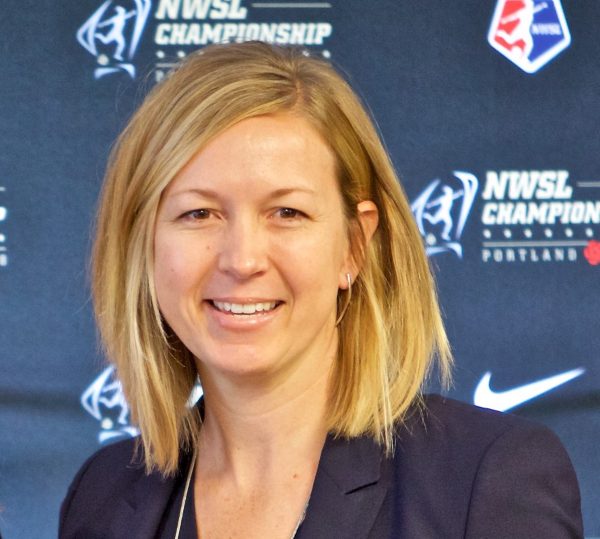 Duffy came to Orlando after three years at the National Women’s Soccer League (NWSL), where she occupied the roles of Managing Director of Operations, Managing Director and President of the NWSL throughout her tenure.

In her year as President, Duffy capitalized on the success of the 2019 FIFA Women’s World Cup and brought the NWSL to the ESPN family of networks, introduced Louisville City FC as a 2021 expansion club and helped secure a marquee, long-term league partnership with Budweiser, the first official beer partner of the NWSL. She also helped procure an extension with the league’s founding partner, Nike, through the 2022 season.

In 2017, Duffy helped to establish a groundbreaking partnership with A+E/Lifetime, which included a national television and streaming deal for all league matches as well as the launch of NWSL Media, the league’s commercial arm.

Due to her accomplishments at the league office, Duffy received the 2019 Honorary All-America Award from United Soccer Coaches, which recognizes a person or persons who have brought particular distinction and/or attention to the sport of soccer and was named one of AdWeek’s 35 Most Powerful Women in Sports in 2017.

Prior to her time at the NWSL, Duffy spent three years at Louisville City FC of the United Soccer League (USL), helping it to become one of the most successful and recognizable teams in North American soccer. She joined the club in October 2014 as its Vice President of Operations before quickly being promoted to General Manager just two months later.

In November 2015, she was named as the club’s President – the first female President in USL History. While under Duffy’s guidance, Louisville City became one of the hottest tickets in American soccer, finishing top 25 in attendance across all North American leagues, including Major League Soccer.

Duffy began her front office career in the USL’s League Office in 2007 as the League Operations Administrator and the next year was subsequently promoted to Director of Operations. After three years in that role, Duffy was named Senior Director, responsible for all operations of the W-League, USL’s women’s soccer developmental league that featured over 30 teams during her tenure.

A former professional player, Duffy played three seasons in the W-League after her graduation from East Carolina University. Following her collegiate career, Duffy finished with the Pirates as the school’s all-time leader in points (83) and goals scored (33), and finished second in assists (17). She was inducted into ECU’s Sports Hall of Fame in 2012. Duffy also played one professional season in Sweden with Danmarks IF. 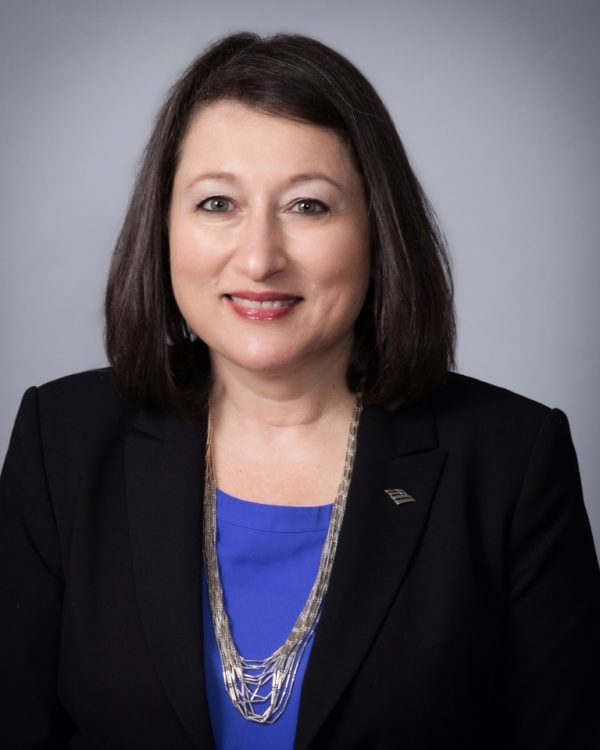 Fabiola (Fab) Brumley is vice chair of Business Banking at Bank of America and is based in Boca Raton, Florida. In this role, she focuses on key priorities to drive business growth by representing and coordinating delivery of the company’s full capabilities to U.S.-based companies with $5 million to $50 million in annual revenues.

Since April of 2007, Fab has held the position of Palm Beach County Market President and serves as Bank of America’s local enterprise leader working across the region to connect the Company’s business lines to deliver integrated financial services to individuals, families and businesses by delivering one Company. She also leads the Company’s Environmental, Social and Governance (ESG) work in the market.

She is the Chair-elect of the Florida Bankers Association and Chairs its Government Relations Council; is the Chair-elect of the Economic Council of Palm Beach County and co-chairs its Racial Equity Policy sub-committee; is a member and past chair of the Business Development Board of Palm Beach County; is the current Secretary of the United Way of Palm Beach County; and is a member of the iHeart Advisory Board. She has served as member and chair of the governing board of West Boca Raton Medical Center and the Palm Beach Black Business Investment Corporation. She has held board positions with the Gulfstream Boy Scouts of America, the Chamber of Commerce of the Palm Beaches and the Greater Fort Lauderdale Chamber of Commerce. She is a member of Bank of America’s Global Diversity & Inclusion Council, co-chairs the Investing in Women’s Council, is co-executive sponsor of the Asian Leadership Network, co-chairs the Women’s Exchange, and former executive sponsor of the South Florida Chapter of LGBT+. She also has served as a Bank of America Global Ambassador for emerging women leaders in Brazil, a program in partnership with Vital Voices.

Fab earned her bachelor of science degree in Accounting and an international master’s of business administration from Florida Atlantic University. She has also earned Six Sigma Green Belt certification. 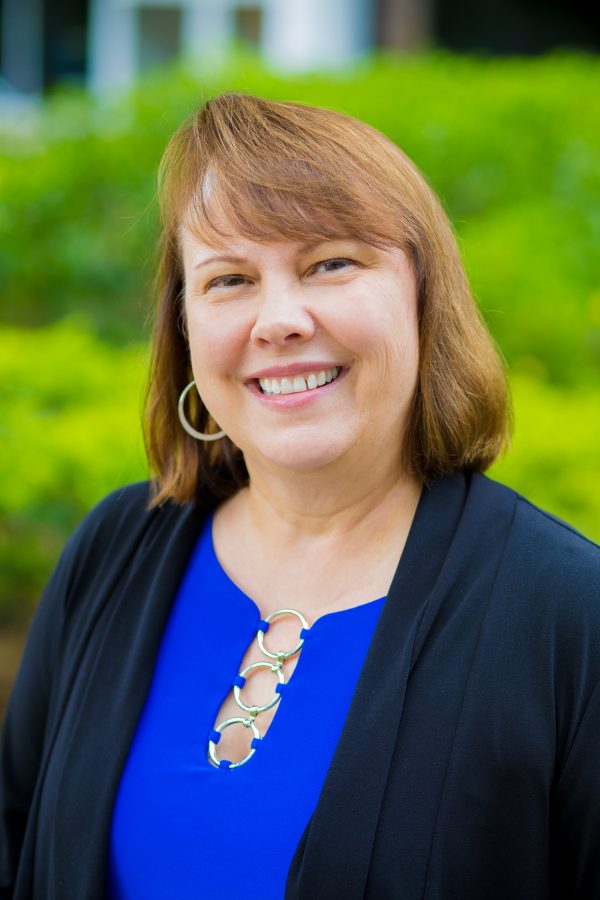 Tracy is CEO for the West Orange Healthcare District.   Over the past five years, working with a 16-member, volunteer board appointed by the Governor of Florida, she has overseen over $180 million of investment in local community grants to enhance resident’s health and wellness.   Leveraging her prior experiences as a Disney human resource executive and early career finance and CPA/business strategist roles, she continues to represent the District to community citizens and healthcare/wellness stakeholders to build enduring, collaborative relationships designed to identify and support the health and wellness needs of the community.  Tracy also provides leadership for the newly established Foundation for a Healthier West Orange, established to ensure ongoing, sustainable support for efforts to make west Orange County the healthiest community in the nation. 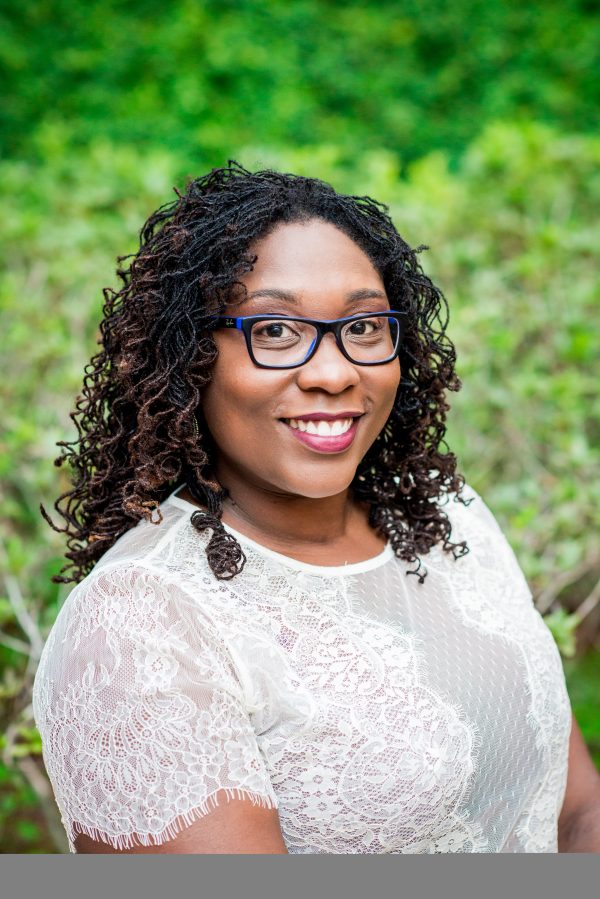 As an advocate for access and equity for marginalized students, Dr. DeShawn Chapman’s work is positioned at the intersection of educational research and practice. Dr. Chapman developed expertise in collective impact, educational programming, and curriculum and instruction through teaching in K-12, teacher preparation, and research. At the University of Central Florida, Dr. Chapman directs the First Star Central Florida Academy – a college and career preparation program for high school youth in foster care and is the Education Programs Manager of a collective impact initiative in the Center of Higher Education and Innovation. Dr. Chapman creates partnerships with non-profit organizations, communities, and school districts to improve the educational well-being of students.

Dr. Chapman demonstrates the courage and expertise it takes to cultivate empowered young adults, as well as the leadership to make changes within traditional and non-traditional educational spaces to deconstruct power and privilege and encourage the development of learning environments that result in equitable educational outcomes for marginalized students. 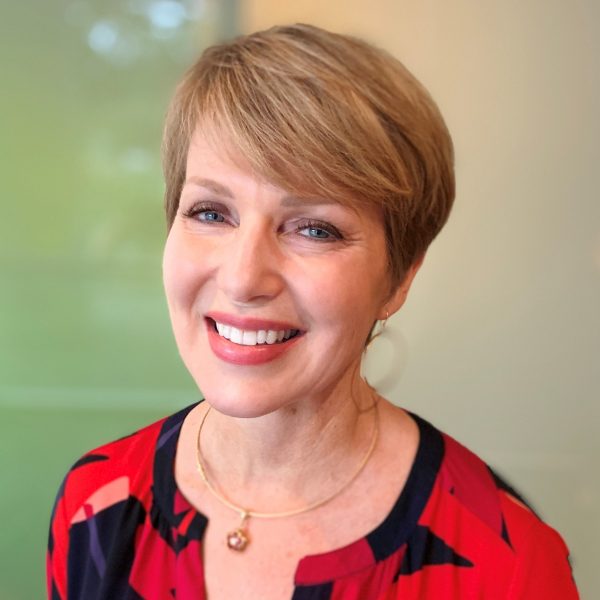 Alexa is the Founder and President ecoPreserve LLC, an awarded winning, certified female-owned, sustainability & resiliency consulting firm.   Alexa is a LEED Accredited Professional, a certified Sustainable Facilities Professional, and an Envision Sustainability Professional.  Alexa was appointed to the City of Orlando Greenworks Task force in 2009 and is one of the original authors of the city’s sustainability plan. She was awarded the Building Owners and Managers Association President’s Award for Sustainability and the Rising Star Business of the Year by the Greater Orlando Aviation Authority.

For more than a decade now, ecoPreserve team members have worked with local and state government, healthcare and higher education to reduce GHG emissions, prepare for climate hazards and create safer and healthier workplaces. 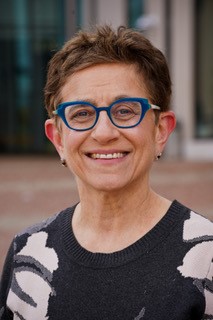 Gigi Sohn is a Distinguished Fellow at the Georgetown Law Institute for Technology Law & Policy and a Benton Senior Fellow and Public Advocate. She is host of the “Tech on the Rocks” podcast. Gigi sits on the Board of Directors of the Electronic Frontier Foundation and Locast, and on the Advisory Board of the Open Markets Institute.

Gigi is one of the nation’s leading public advocates for open, affordable and democratic communications networks. For thirty years, Gigi has worked across the country to defend and preserve the fundamental competition and innovation policies that have made broadband Internet access more ubiquitous, competitive, affordable, open and protective of user privacy.

From 2013 to 2016, Gigi was Counselor to the former Chairman of the Federal Communications Commission, Tom Wheeler. She advised the Chairman on a wide range of Internet, telecommunications and media issues, representing the Chairman and the FCC in a variety of public forums around the country as well as serving as the primary liaison between the Chairman’s office and outside stakeholders. Singled out by Chairman Wheeler as “the conscience of the Chairman’s office” for her tireless advocacy on behalf of American consumers and competition, Gigi was named by the Daily Dot in 2015 as one of the “Heroes Who Saved the Internet” in recognition of her role in the FCC’s adoption of the strongest-ever Network Neutrality rules

From 2001-2013, Gigi served as the Co-Founder and CEO of Public Knowledge, a leading communications and intellectual property policy advocacy organization serving the interests of consumers in Washington. She was previously a Project Specialist in the Ford Foundation’s Media, Arts and Culture unit and Executive Director of the Media Access Project, the first public interest communications law firm.

In 1997, President Clinton appointed Gigi to serve as a member of his Advisory Committee on the Public Interest Obligations of Digital Television Broadcasters. The Electronic Frontier Foundation awarded Gigi an Internet Pioneer Award in 2006 and in 2011, the Nonprofit Times named Gigi one of its Power & Influence Top 50 non-profit executives. In 2018, the Office of Communication of the United Church of Christ gave Gigi the Everett C. Parker Award, which is given in recognition of an individual whose work embodies the principles and values of the public interest in telecommunications and the media. In 2019, the National Journal named Gigi to its list of “50 people changing the game in Washington.” The March 2021 issue of Washingtonian magazine will feature Gigi as one of its “Most Influential People in Washington.”

Gigi lives in Washington, DC with her wife Lara Ballard and their daughter Yosselin. 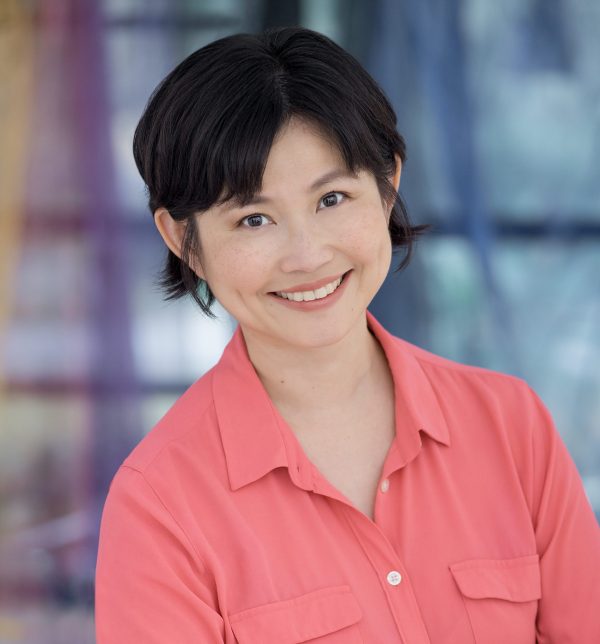 Kathy Chiu is a managing partner at DeepWork Capital, a Florida based venture capital firm focused on early stage technology and life science companies.  Previously, Kathy worked at a wireless technology venture capital firm, was a quantitative analyst in an economic consulting firm, held various strategy and product management roles in technology companies, and advised client companies in business development issues and new market entry.  She has an BS and an MS in Electrical Engineering from Massachusetts Institute of Technology and an MBA from Stanford Graduate School of Business.