Philanthropic Spirit: The Giving that Gives Back

"No act of kindness, no matter how small, is ever wasted." -Aesop 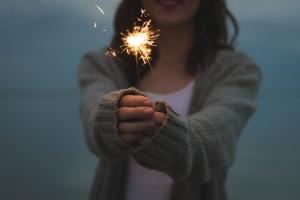 It shouldn’t come as a surprise that giving is good for you. In case it does, however, we’ve got a few reasons to explain it—and a few ways to illuminate how this gift applies to you, too.

Philanthropists throughout the world—regardless of status or wealth—report feelings of euphoria and well-being when they help fellow human beings. Medical research has examined this phenomenon of the “helper’s high,” revealing a plethora of short- and long-term health benefits that reveal how giving to others—whether in terms of time, energy, resources, or even emotional support—can be even more beneficial for the helper than for the person being helped. Research shows how people who regularly participate in acts of philanthropy and charity experience less pain, sleep better, and personally feel more fulfilled and worthy.

One of the most striking shifts in today’s society has been the growing role of women philanthropists in particular, who have emerged as the key leaders in professional and family philanthropy with an enormous scope of influence. Some research has shown that, by nurture more than nature, women are more empathetic than men.[1] And, as even more studies show, women are, in general, also more philanthropic.

According to a WPI Women Give study, American households led by single females give 57% more than households led by single males.[2] Since 2007, Women Moving Millions has raised $500+ million from 200+ individual women donors; this movement predicts that, by 2030, women will control an estimated $33.5 trillion in the nation, with annual philanthropic amounts topping over $596.5 billion. According to Nancy Heiser, the VP of wealth management at UBS, this can all be partially explained by the fact that “women are living longer, making more money, and may be inheriting twice—once from their parents and again if they outlive their spouses.”[3]

So what does philanthropy mean for women, in particular? As leading charitable figures, it’s interesting to see how women choose to focus their power, becoming more actively and personally involved than their male counterparts. Studies show that women (single and married) are more likely to give (and give more) to charities supporting secular and basic human needs (such as the Red Cross or a homeless shelter) than to religious, cultural, or recreational organizations. Women are also more likely to give to promote causes supporting fellow females.[4]

“How wonderful that no one need to wait a single moment to improve the world.” –Anne Frank

The attitude and behavior of such philanthropists translate to a plethora of benefits that boomerang back at them, including:

When we give to others, we not only make them feel closer to us—we also feel closer to them. As author Sojya Lyubomirksy explains in her book The How of Happiness: “Being kind and generous leads you to perceive others more positively and more charitably” resulting in “a heightened sense of interdependence and cooperation in your social community.” Successful female role models have climbed their professional and social ladders by pulling other people up with them, forming a staircase of helping hands instead of a pyramid of corpses. They cultivate and broadcast the best of human nature: ambition balanced with altruism, charisma coupled with compassion, and knowledge strengthened with empathy. And they’ve realized one of the key secrets: a philanthropic spirit is a fundamental cornerstone of a happy life.

In Central Florida, 100 Women Strong, a giving circle at Central Florida Foundation, puts these ideas and practices into place locally. The giving circle works to redefine philanthropy for women in Central Florida and it provides an opportunity for like-minded women to give collectively to causes that make a difference in Central Florida for women and children. Since 2006, 100 Women Strong has invested over $450,000 in the community to issues that matter like increased access to prenatal care, reduced infant mortality rates, legal assistance for victims of domestic abuse, community engagement programs to reduce domestic, training and technology for healthcare providers to identify signs of domestic abuse, culinary classes for high school students, parenting programs and access to school supplies for teachers. 100 Women Strong has accomplished so much more as a group than any one of the members could have done on its own. We’ve done so much and are looking forward to what’s to come as we currently focus on early childhood development for children ages 0-5.