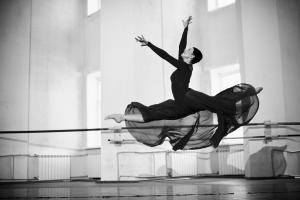 This is the second in a series of three articles about the impact of endowment on the arts community in Central Florida that was published in the September/October 2014 edition of the Orlando Arts Magazine.

In the last article, I provided a primer for endowments: what they are, how organizations use them, and why donors establish them. Endowments, however, are more than strategic instruments of giving. They are an important reflection of our culture and the commitment to the arts.

The legacy of the arts sector in Central Florida is a long trail of entrepreneurial activity—start-ups and institutions both trying to survive the ebb and flow of the economy—that is focused on performance and exhibition, year after year. Some of our oldest organizations have relived this same scenario for years, rather than maturing into institutions that nurture human creativity and drive community spirit. The reason is capital. Just like any other business, arts groups need to sustain capital resources in order to create and produce the quality experiences that the market will continue to demand.

There is strategy and then there is reality. In a perfect world, cultural organizations would have diverse revenue streams grounded by earned revenue and strong support from patrons, donors, foundations, the business community, the public sector and endowments established by individual investrs.

Our arts sector actually meets these tests, albeit at a level too small to sustain itself. Over the last two years, 80 or so core organizations in the metro area have had aggregate annual earned revenue of more than $16 million. Government and individual contributions are tied at about $13 million each. Foundations and corporations give more then $5 million annually and special events contribute another $2 million.

A look at these “retail” numbers—funding and givers who step forward annually—indicates a troubling condition that is reflective of the culture of the arts sector. The government and individual giving numbers are tied. Back in the perfect world, individuals should be leading the charge. However, while keeping costs low is desirable, the aggregate fundraising costs reported for these organizations (3 to 5.8 percent) show that they aren’t investing much in the “ask.” As in any business, you can’t get investment if you don’t ask for it. More importantly, you can’t keep approaching the same shrinking circle of supporters. You have to “make the market.”

An example of the arts sector’s culture of asking is that current needs are always more important than sustainability. Excluding the Dr. Phillips Center for the Performing Arts, there are $21 million in open capital campaigns in the arts sector. However, that same sector has only $15 million in endowments.

So how do we as a community solve this problem? Ironically, it isn’t so much a money problem as a question of commitment. Lyndon Johnson signed the National Foundation on Arts and Humanities Act in September 1965. To describe the purpose of the legislation, the act says: “Art is a nation’s most precious heritage. For it is in our works of art that we reveal to ourselves, and to others, the inner vision which guides us as a nation. And where there is no vision, the people perish.”

This is a culture we need to adopt in Central Florida. The capacity of arts organizations is important and is supported by year-to-year fundraising. However, sustainability is the determining factor in success. It’s time for individual charitable investors to consider endowing the organizations that they are passionate about, creating a personal legacy and ensuring the future of the arts in Central Florida.