Endowment Primer: What, When and Why? 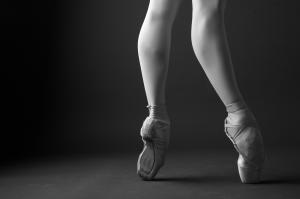 This is the first in a series of three articles about the impact of endowment on the arts community in Central Florida that was published in the July/August 2014 edition of the Orlando Arts Magazine.

Arts organizations, by their nature, grow into institutions if they survive over time. Whether larger or small, the arts groups in Central Florida provide access to and hold the legacy of the art forms they represent. The very nature of these missions and the fragility of the organizations spark the question from boards and donors, “should we have an endowment?’ A better first question is, “what is an endowment?”

Most people have a common-sense understanding of the concept of endowment—money invested that earns interest and dividends to be used to run an organization. However, endowments are actually invested with a specific spending-policy goal. A defined amount is distributed to the beneficiary organization each year, regardless of the principal investment’s performance.

An endowment gift is particularly suited to an established and growing institution to help it become more sustainable. It might also be a good fit for a young organization that needs sustainable operating capital while establishing itself.

Generally, the spending policy or annual distribution from an endowment fluctuates between four and five percent of the fair market value of the investment. Sometimes this calculation includes averaging the value over many rolling fiscal quarters to sooth the volatility of the amount coming out of the endowment each year. A common misconception is that only safe, low-risk investments are appropriate. In actuality, endowments are allocated broadly to provide growth and risk protection in a volatile market.

Adding to the confusion, “endowment” has become a generic term for money set aside by management and boards to reserve capital for later use. Of course, whatever a board reserves, it can un-reserve, so temporarily restricted money should be called a “reserve.” Accountants sometimes refer to this as a “quasi-endowment.”

In reality, strong organization are clear about the difference between reserves and endowments, and have defined goals for each. A reserve is the organization’s savings account to cover operating expenses of 90 days or more, and is usually the predecessor to starting an endowment. An endowment is an investment with only the spending policy available to the organization to protect the investment in perpetuity.

So, how do endowments get started? Typically, by a donor or donors who want to provide sustainable, unrestricted support for an organization to use in perpetuity. An endowment gift to an arts organization is a single, significant gift that will last forever, and it appeals to people who want to tie their personal legacy to an institution.

A great resource for more information on endowments is the Central Florida Foundation, a public grant-making foundation that serves as a philanthropic home for more than 400 charitable funds. It holds organizational endowments for more than 70 arts, education and human service nonprofits in the region. It manages and invests in charitable funds, offers expert giving advice, and connects donors with charitable organizations in which they feel passionate. Central Florida Foundation works with individuals, families, businesses, professional advisors and nonprofits.